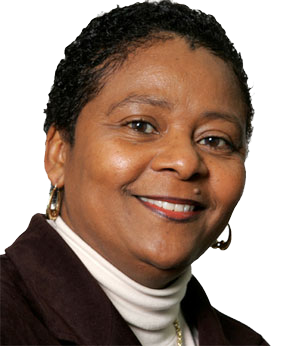 Pastor Veronica Outerbridge was called to ministry almost forty years ago. She started out in ministry in the AME Church, where she was  ordained an Itinerant Elder. In 2004, she was installed as the first female to Pastor the oldest Methodist Church in Bermuda from 2004 to 2007. The Lord miraculously moved her out and the  word was clear, “do not go back to Egypt.”  She founded Living Word Christian Fellowship on the first Sunday in November, 2007 along with a handful of members. Her Overseer is Bishop Neville Smith, presiding Bishop of the International Fellowship of Christian Churches.

Professionally, she is a Social Worker, a Certified Alcohol and Drug Counselor and a part-time Professor at the Bermuda College.  She was educated at Beulah Heights Bible College in Atlanta Georgia from 1986-1989. In 1988 she was nominated for the United States Academy Achievement Award for academic achievement by faculty, and graduated Valedictorian from Beulah Heights Bible College in 1989 with a Bachelor of Art Degree in Biblical Education (Theology), an Associate Teacher’s Diploma, a Diploma in Counseling, and Advanced Church Ministries. While in Georgia she also worked as a one-on-one counselor at Metro Correctional Maximum Security Prison for male inmates.

In 1995, Rev. Outerbridge returned to University to finish what the Lord called her to do. She holds a dual Master Degree offered by Princeton Theological Seminary and Rutgers, The State University of New Jersey. In May of 1998 she received her Master of Divinity with emphasis in Pastoral Counseling from Princeton, and in May of the following year, received her Master Degree in Social Work Direct Practice. The Master Degree also has focus in  Substance Abuse Education and Counseling. In May of  1999, Rev. Outerbridge was nominated and received the award of ‘International Who’s Who of Professional and Business Women’ for significant career achievements and contributions to society. Along with receiving this award, she was featured in their seventh edition published in 2000.

Pastor  Outerbridge has held many offices in the church, such as Evangelist, Church School Superintendent, Steward, Adult and Youth Church School Teacher, and has conducted many workshops on effective Church School teaching both here and in the USA. She also served as a part-time Bible instructor at GloryLand Bible College for two years and was an adjunct professor of Religion at the Bermuda College for over three years. She is a teacher/preacher and one of her main focus in the BODY OF CHRIST  is to Empower men and women to be all they can be in the Lord, and to walk in their DIVINE DESTINY AND CALLING.

Pastor Outerbridge has worked in two substance abuse facilities in New Jersey counseling and lecturing drug addicted females. She worked for Bermuda Hospitals Board as a Locum Medical Social Worker, and  as a substance abuse counselor/educator at Turning Point Substance Abuse Center. She is at present a lay magistrate for the Judicial Department, of the Family Court of Bermuda, and prior to that she was a member of the Bermuda Drug Court Consortia.

Pastor Outerbridge is the mother of one adult daughter and grandmother to M’rickal. She  holds to the Scripture in Romans 1:16-17 “For I am not ashamed of the Gospel of Jesus Christ: for it is the power of God unto Salvation to everyone that believeth, to the Jew first and also to the Greek. For therein is the righteousness of God revealed from faith to faith: as it is written, the just shall live by faith“.